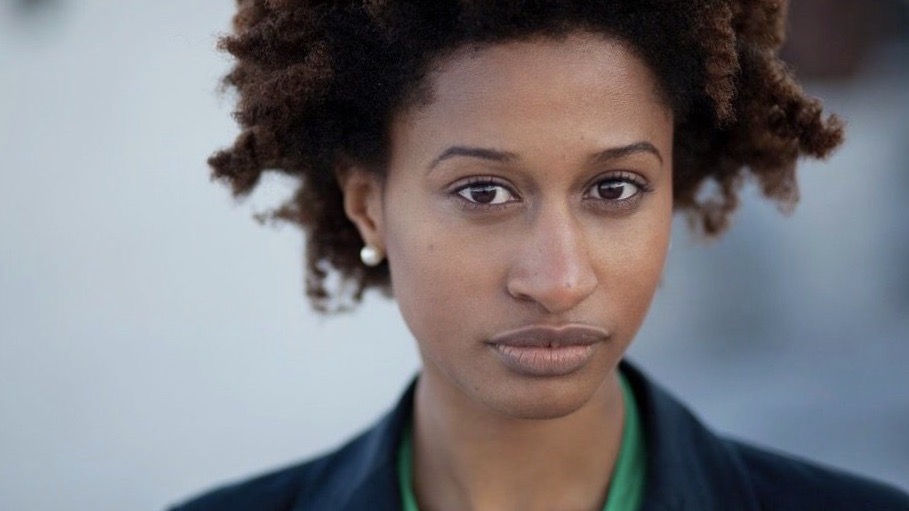 Introducing Liz Morgan, a coordinator for Theatre of the Oppressed NYC and theater artist, featured in WBRU's Revolutionary Roots series.

Artist Liz Morgan introduces herself first as “a Black woman living in the Bronx.” The work that she does spans organizations and roles: She is “a theatre maker, a playwright, an actor, a Theatre of the Oppressed facilitator and Practitioner.” But after describing her art, Morgan adds one more identifier – she describes her hair. “Fairly short, naturally styled… Kind of in a mohawk.”

Morgan’s identity as a Black woman is fundamentally ingrained in the work that she does and the many hats she wears. She writes characters into being who are allowed to be different from one moment to another, who represent “all of the things that Black women can be.” Her writing led her to create Drammy-Award-nominated The Clark Doll, which centers around three women who “try desperately to discover what game will give them the sweetest dreams” as a metaphor for seeking joy in America as a Black woman. She is also widely recognized for her poem featured in the Huffington Post: “Why I was Late Today and Will Probably Always be Late as a Black Woman.”

Beyond her own productions, Morgan acts as both ‘Joker’ and Community Resources Coordinator for Theatre of the Oppressed NYC. Founded in 2011, the group seeks to advocate for and encourage social change by engaging in communities. They engage in “a rehearsal for real life, a rehearsal for the revolution,” Morgan explains. The organization engages in two different types of theatre: forum theatre and legislative theatre. The first practice incorporates the audience as a participant, or Spect-Actor, so that they are galvanized to consider forms of systemic oppression and possible strategies for change. In this style of theater, the versatile Joker facilitates audience engagement. The Joker, Morgan says, is “some type of wild card that actually has to be able to play multiple hats and could really change the way things go.” So, Morgan directs, acts as a caretaker, and pushes the audience to think harder about what they are experiencing and realizing throughout the production. Legislative theatre is similarly action-oriented, and is geared specifically toward an audience including legislators, to the end of encouraging better policy solutions.