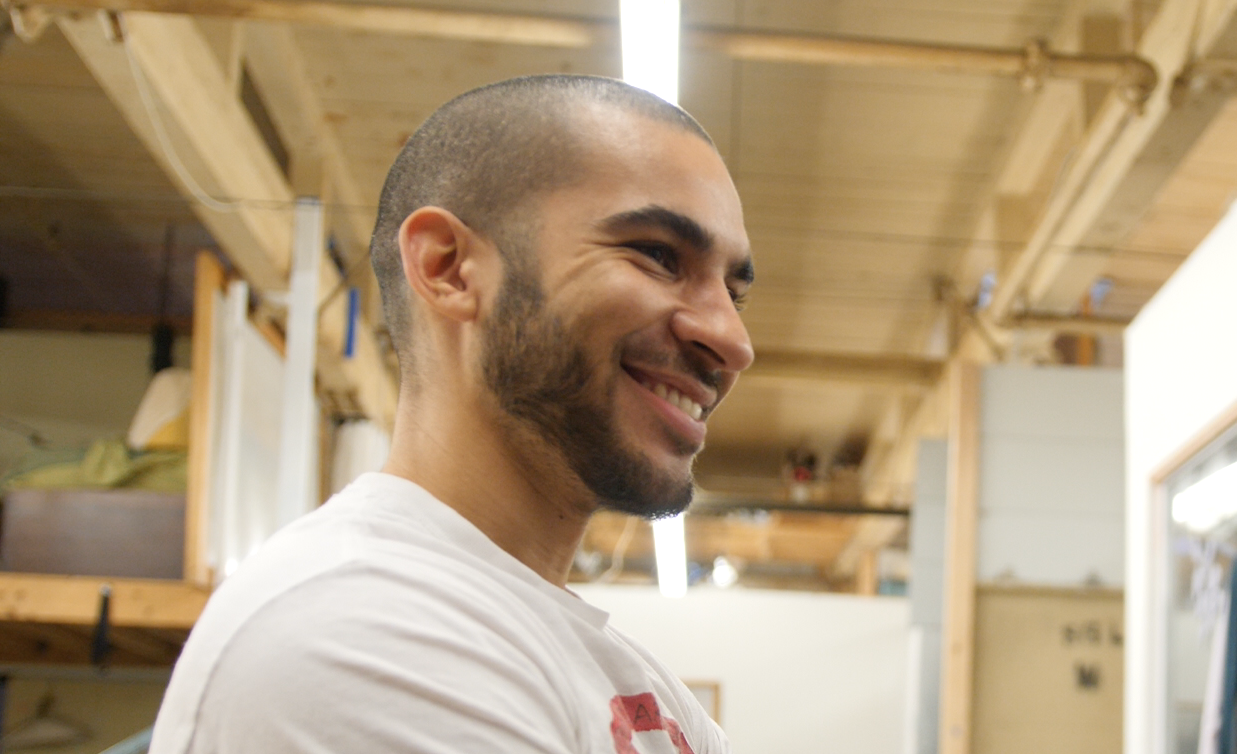 For artist Jordan Seaberry, painting is not only a way to tell stories: The art form “actually builds power.” Painting magnifies historically neglected African-American memory and empowers community in the work of Seaberry, who is a grassroots organizer for criminal justice reform and drug policy reform specifically. His art and organizing inform each other, because “imagination is the bedrock of social change.” It it his hope that his “painted work is able to live alongside “his) political work, and that those two threads can weave back and forth.”

Originally from the South Side of Chicago, where his grandfather moved during the Great Migration, Seaberry came to Providence to attend the Rhode Island School of Design, his “dream school.” But at school, he “really struggled to feel at home” and dropped out — thinking he would never return. Seaberry took a step back from art, and threw himself into community organizing instead — where he “built a network and bonds and routes that I cherish to this day, folks that I still consider my family in many cases.” After a few years, Seaberry realized he owed it to his newly established community to return to his art, so he returned to painting, “and loved every second of it.”

In addition to previous work as Director of Public Policy and Advocacy at the Nonviolence Institute, Seaberry now serves as the co-director of the U.S. Department of Arts and Culture — a nonprofit which is not affiliated with the government — as well as both a Protect Families First and New Urban Arts in Providence Board Member.

Find out more about Jordan Seaberry and his work here. To support the Nonviolence Institute, learn more here. Take a look at initiatives from the U.S. Department of Arts and Culture and how you can connect here.