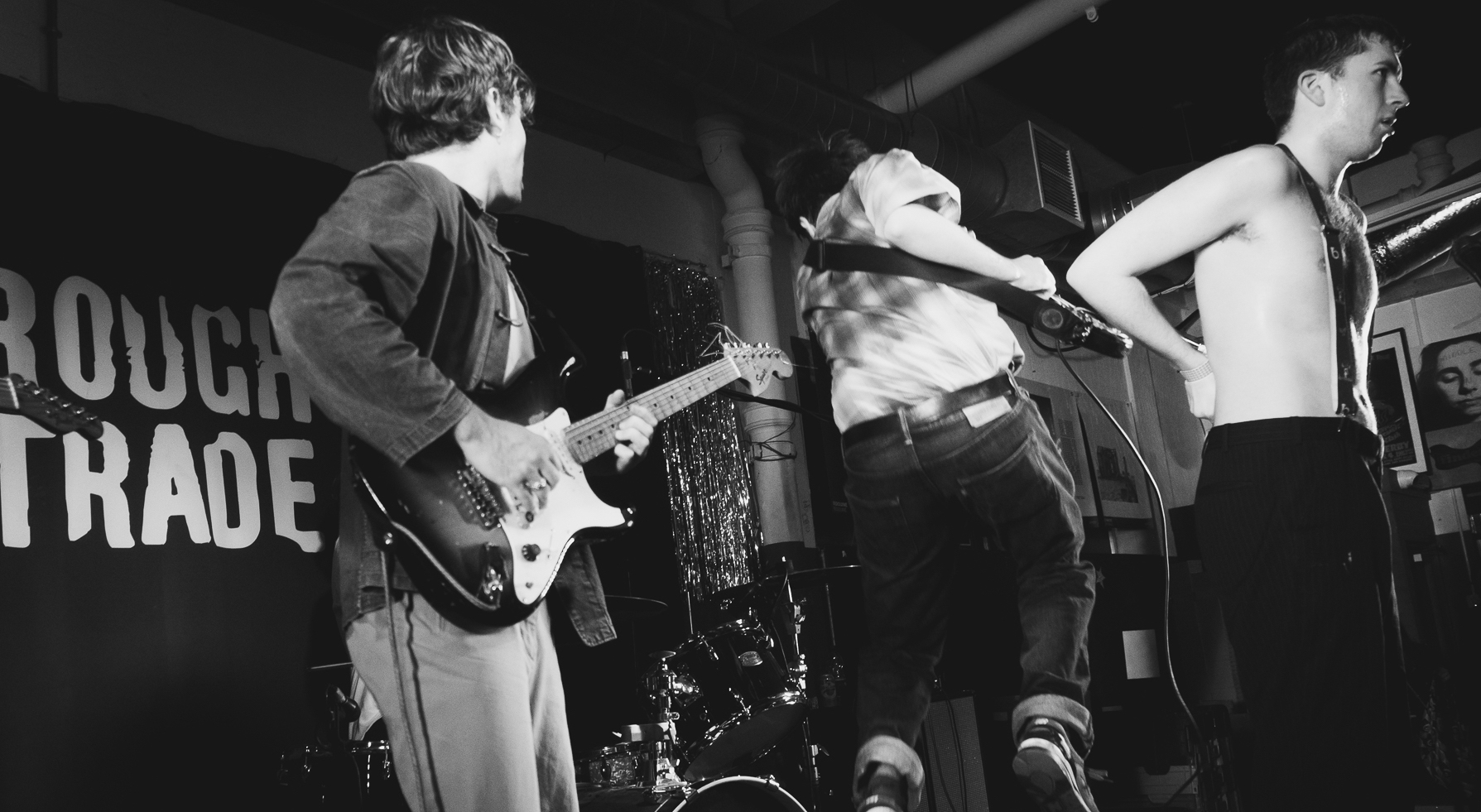 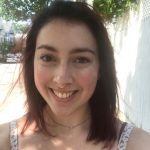 This is Eye Candy. The best & brightest new music videos, just for you.
British post-punk band Shame just released their debut album, Songs of Praise, this past January, but they’re already earning plenty of attention and critical acclaim. The band’s brooding, angry rock is perfectly matched by music videos that are overcast, frenetic, and often slightly surreal. Their most recent video, for album opener “Dust on Trial,” came out a month ago – it’s the darkest and most surreal yet.
“Dust on Trial” seems to begin as a love song, although a slightly obsessive one: “I’ll always be here to hold your hand/And walk you to the promised land.” As the guitar builds to a dissonant crescendo, the lyrics become more tortured and grim, and lead singer Charlie Steen growls threateningly, “Just. One. Step. Closer to me!” The video adds suspense with subtle nods to classic horror. At the beginning, the song title and band name float in an ominous yellow over a slow pan of the forest, recalling The Shining’s eerie neon title credits. The shaky-cam and the blue tones of a forest at dusk used in the video would fit right into The Blair Witch Project. At the video’s climax, a blinding light flashes and tosses circular glares so that it’s almost hard to see, evoking the scene of Rear Window when Jimmy Stewart’s character fends off an attackers with a flashbulb.
Besides the tense atmosphere created by these references, the video at first seems innocent: a couple heading for a cozy weekend in a quiet cabin. However, the confusion and unease build slowly. Quick cut – was that a body in the bathtub? – quick cut – was someone reflected in the mirror? The last minute is so frenzied and panicked, matching the crescendo of the music, that it’ll be over before you can catch everything that happened. Better watch it again, just to make sure.